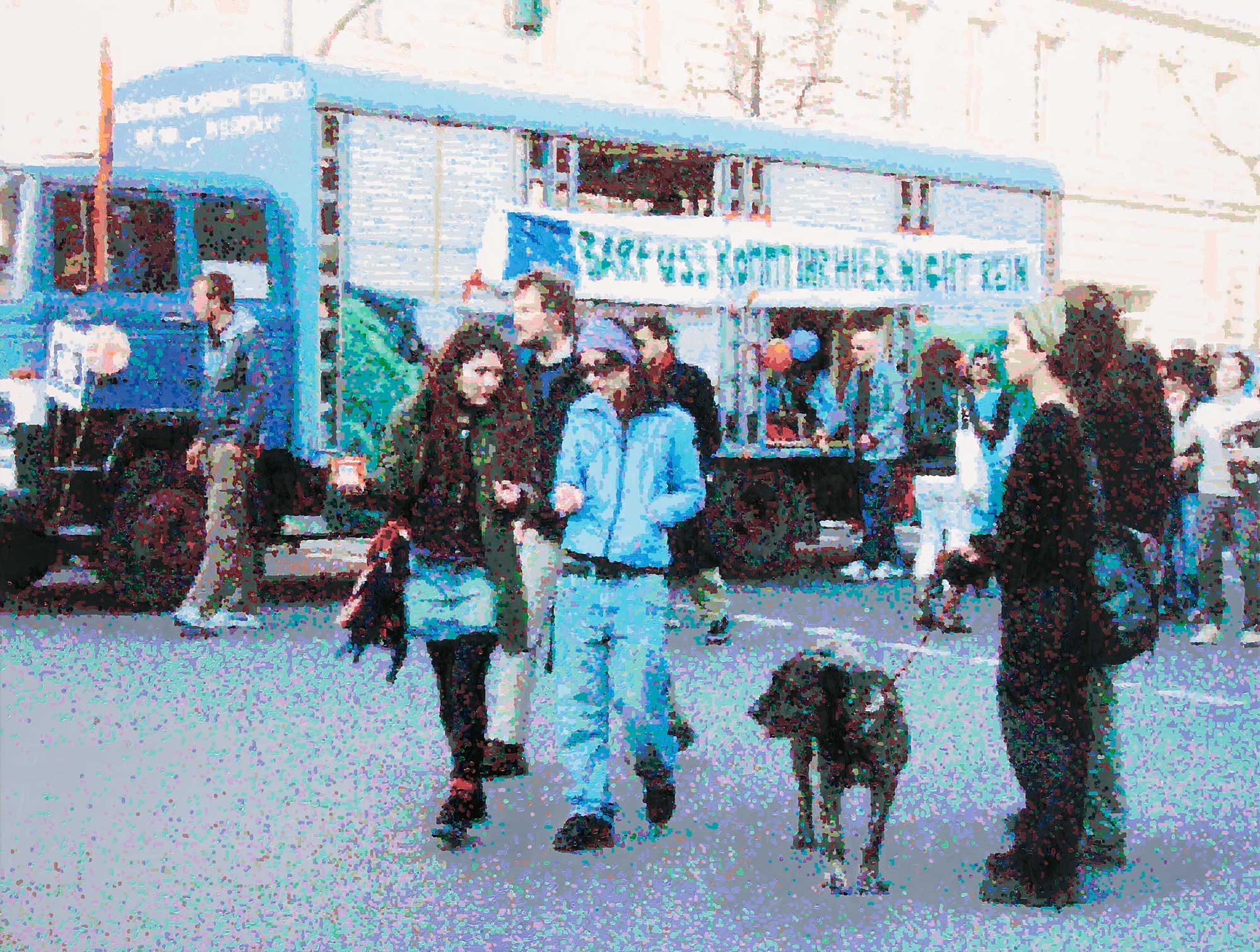 Our art works reflect the time we live in and want to be involved in. They triggering their lasting association to their viewers have captured the moments of inspiration especially in public spaces. Those moments of positive or even troublesome-looking situations are valuable to the works. We are looking for free moments in this society for the sake of a peaceful and democratic community. The moments show up as in various types like political demonstrations or public festivals. We are like nothing but mass media. We, a married couple of artists, take photographs first, and work on them with a Computer, from which a motive comes leading to a final oil painting for the next generation. We have developed our own inimitable technique in the painting circle. A big canvass is not only painted by colors but made a texture of a System. Thousands of pixeled dots unite with what is painted only to make a motive. Looked closely at, it looks like an abstract painting, but at a distance, a finished concrete one. Like this, we have painted our way for over 10 years as a married couple of artists.

Amidst the present we reflect the surroundings we live and want to participate in. In our paintings we present inspiring moments which for the viewer trigger elaborate associative chains. For us, positive as well as problematic situations of social life are very illuminating. As artists working in tandem we act as mediums transforming the fleetingness of reality via photography into the eternity of painting.
“Alles für Alle. Make Capitalism History” shows the independent, so-called ’Black Bloc’ during the demonstration ’Move against the EU! Move against G8’ in Berlin in March, 2007. The demonstration took place shortly before the G8 summit on the occasion of the Treaty of Rome’s 50th year jubilee. The German government had invited the heads of state to an informal EU-jubilee celebration.
The Demonstration demanded full human rights for each and every person – in Europe as well as globally. Demonstrators blamed the EU for the increasing economic precariousness, high unemployment, growing militarism and discrimination against immigrants, as well as criticizing the G8 for allowing the excessive liberalization of trade, instead of stabilizing the global financial system, developing climate protection and actively working to reduce poverty.