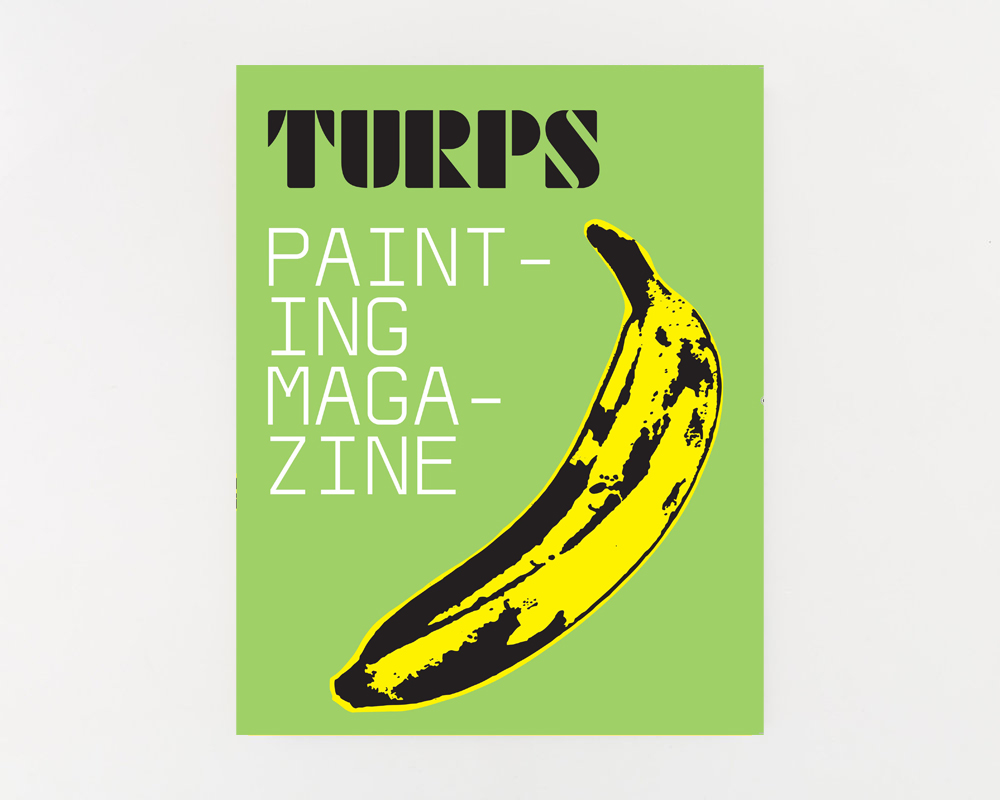 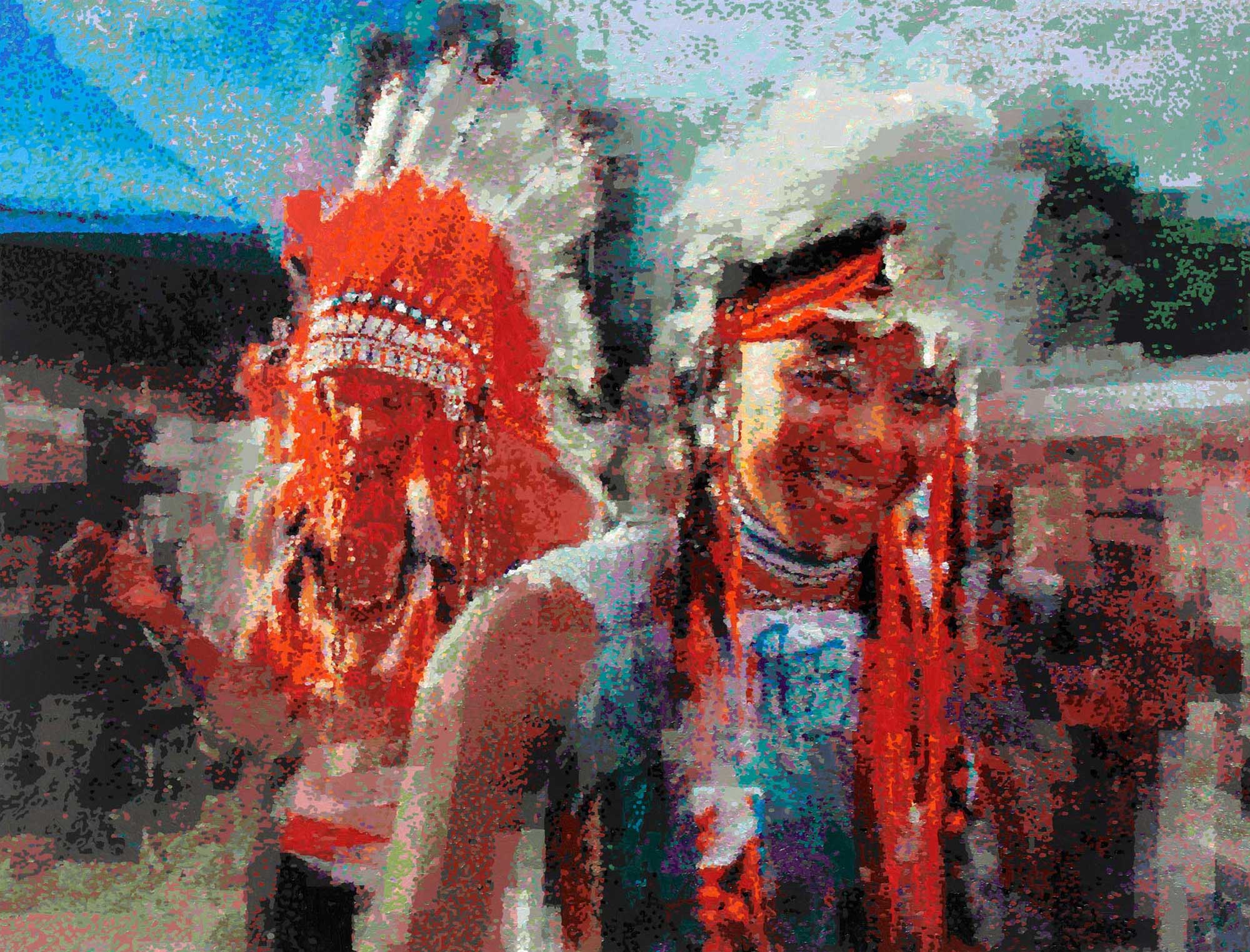 The Berlin-based artists’ duo Römer + Römer is primarily concerned with pesenting young people in areas where the constraints of society appear to have been lifted. They take photographs at festivals, public events, demonstrations, in the streets, by the sea. Nina and Torsten are voyagers of discovery, modern chroniclers. It is not great moments that interest them; rather , they seek records of moments of people talking, in a comfortable togetherness, kissing, dreaming.

In a second step, Römer+Römer select photographs from their archive which they want to transform in paintings. Nina and Torsten retouch and edit their photos on the computer in order to transfer them to the screen. Luminous flecks of colour placed alongside one another reveal the final image, which appears to be abstact when viewed close up and can only be recognised in its entirety from a certain distance. This is not an impressionistic, pointillist view of the world, but the pictorial illustration of the photographic depiction of that world. Carefully selected snapshots, spontaneous, uncontrived and genuine. On their numerous journeys, which have taken them to places such as China, Japan, Great Britain and Korea, they photograph the unfamiliar, the different, but also the trivial. Their records of moments are both surprising and personal. To the surprise of the observer, the young Koreans swimming are not in swimwear, but fully dressed almost without exception. From Japan, the artists take with them records of fashion victims on the streets of Tokyo and Osaka. The film stills of the sacred Mount Fuji stand in stark contrast to the busy streets. The“50 Views of Mount Fuji—Viewed from the Train” can be understood as a modem interpretation of Katsushika Hokusai’s famous picture cycle — “100 Views of Mount Fuji», of which 46 views eventually appeared.

At Brighton Pride in Great Britain, a costumed festival for gaymen and lesbians, bisexuals and transsexuals, Römer + Römer capture the joy of participants just to be alive in strong colours. Smiling Indians, canoodling women, flying people on the merry-go-round whose contours evaporate until they are unreal. As a metaphor for the tempo of changing time in a globalised world in which an individual has little space.

The artists’ duo Römer + Römer is made up of Torsten, born in 1968, and Nina, born Nina Tangian in 1978. They have been working together since 1998, and exhibit internationally. 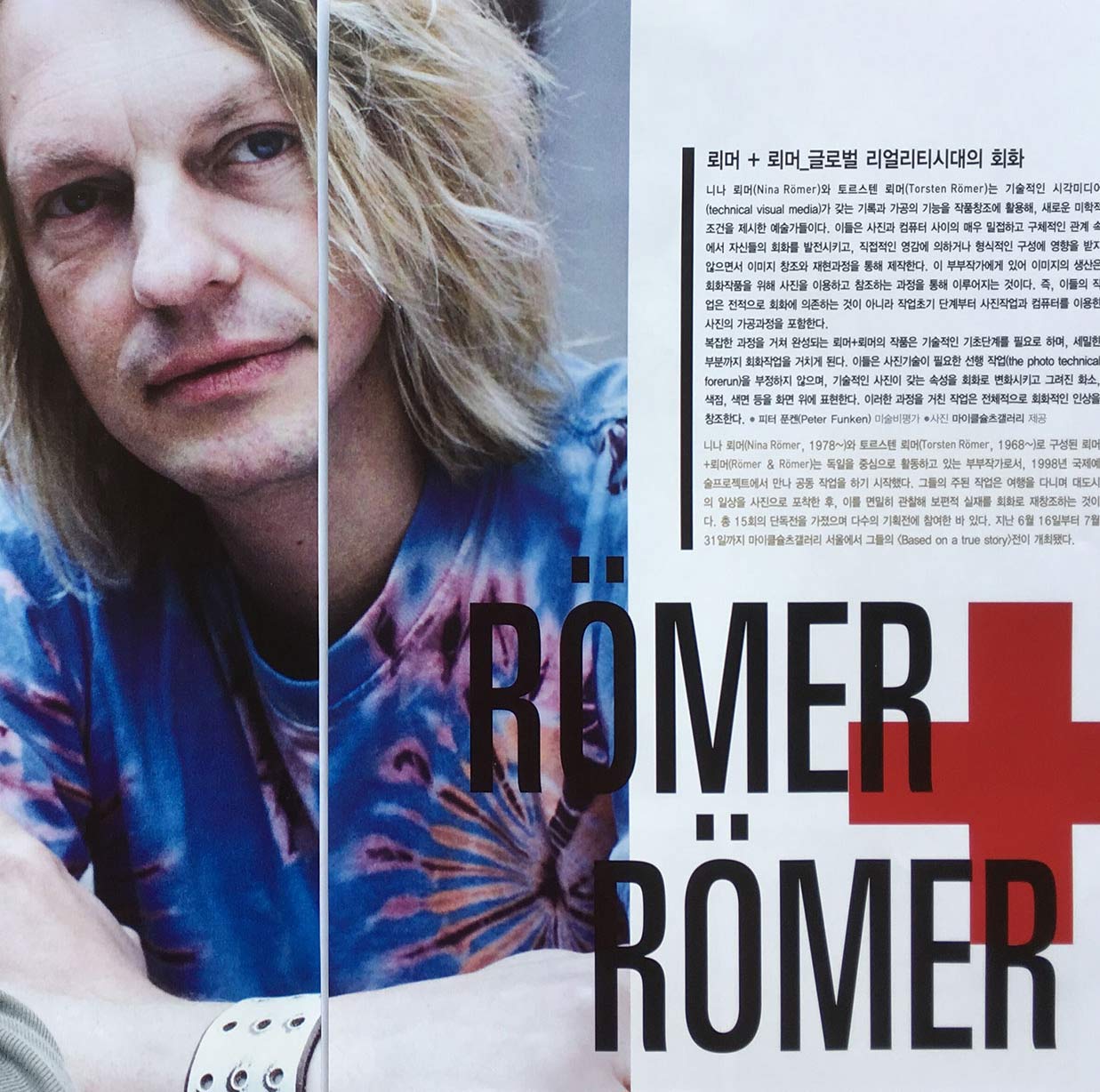 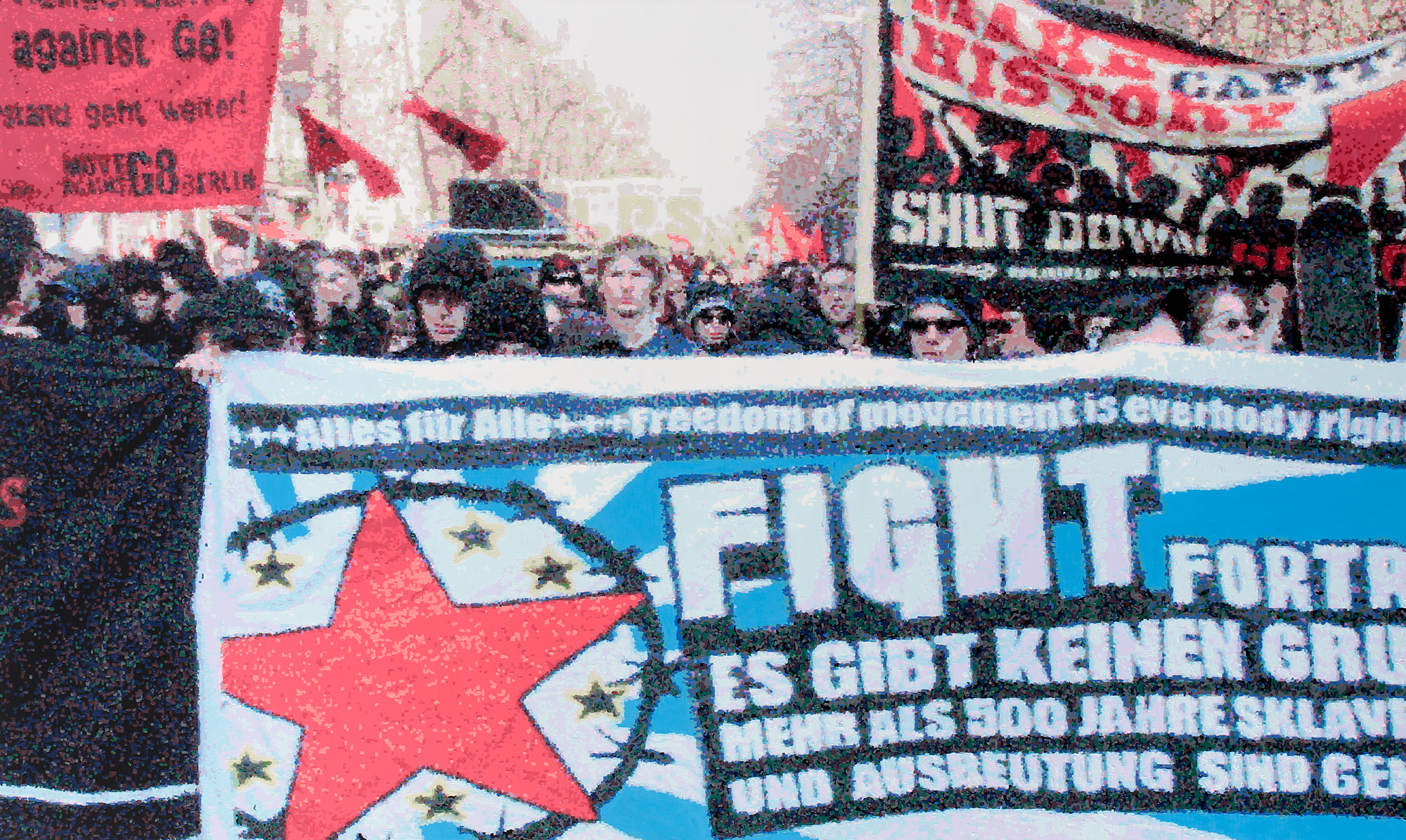 Amidst the present we reflect the surroundings we live and want to participate in. In our paintings we present inspiring moments which for the viewer trigger elaborate associative chains. For us, positive as well as’ problematic situations of social life are very illuminating. As artists working in tandem we act as mediums transforming the fleetingness of reality via photography into the eternity of painting.

“Alles für Alle. Make Capitalism History” shows the independent, ‘so-called ‘Black Bloc’ during the demonstration ‘Move against the EU! Move against G8’ in Berlin in March, 2007. The demonstration took place shortly before the G38 summit on the occasion of the Treaty of Rome’s 50th year jubilee. The German government had invited the heads of state to an informal EU-jubilee celebration.

The Demonstration demanded full human rights for each and every person – in Europe as well as globally. Demonstrators blamed the EU for the increasing economic precariousness, high unemployment, growing militarism and discrimination against immigrants, as well as criticizing the G8 for allowing the excessive liberalisation of trade, instead of stabilizing the global financial system, developing climate protection and actively working to reduce poverty. 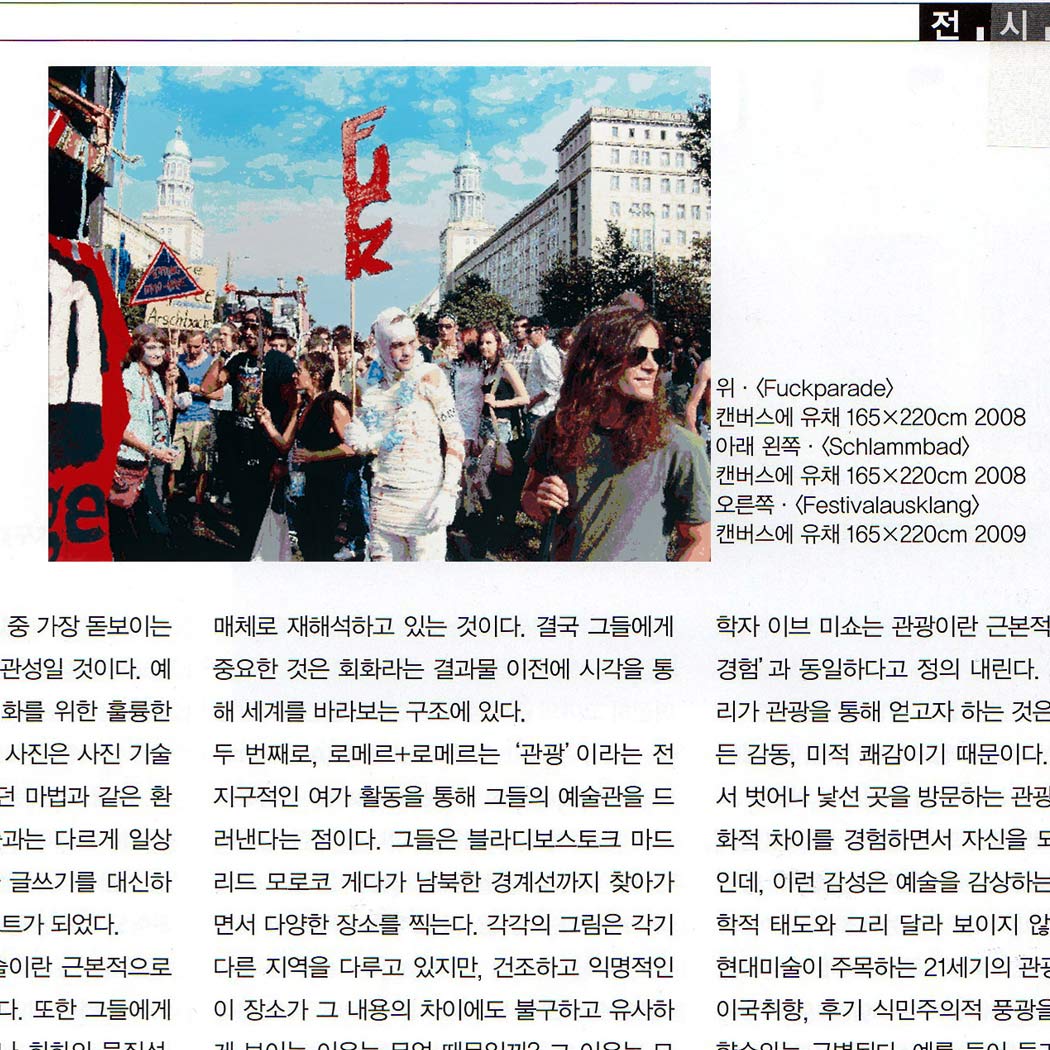 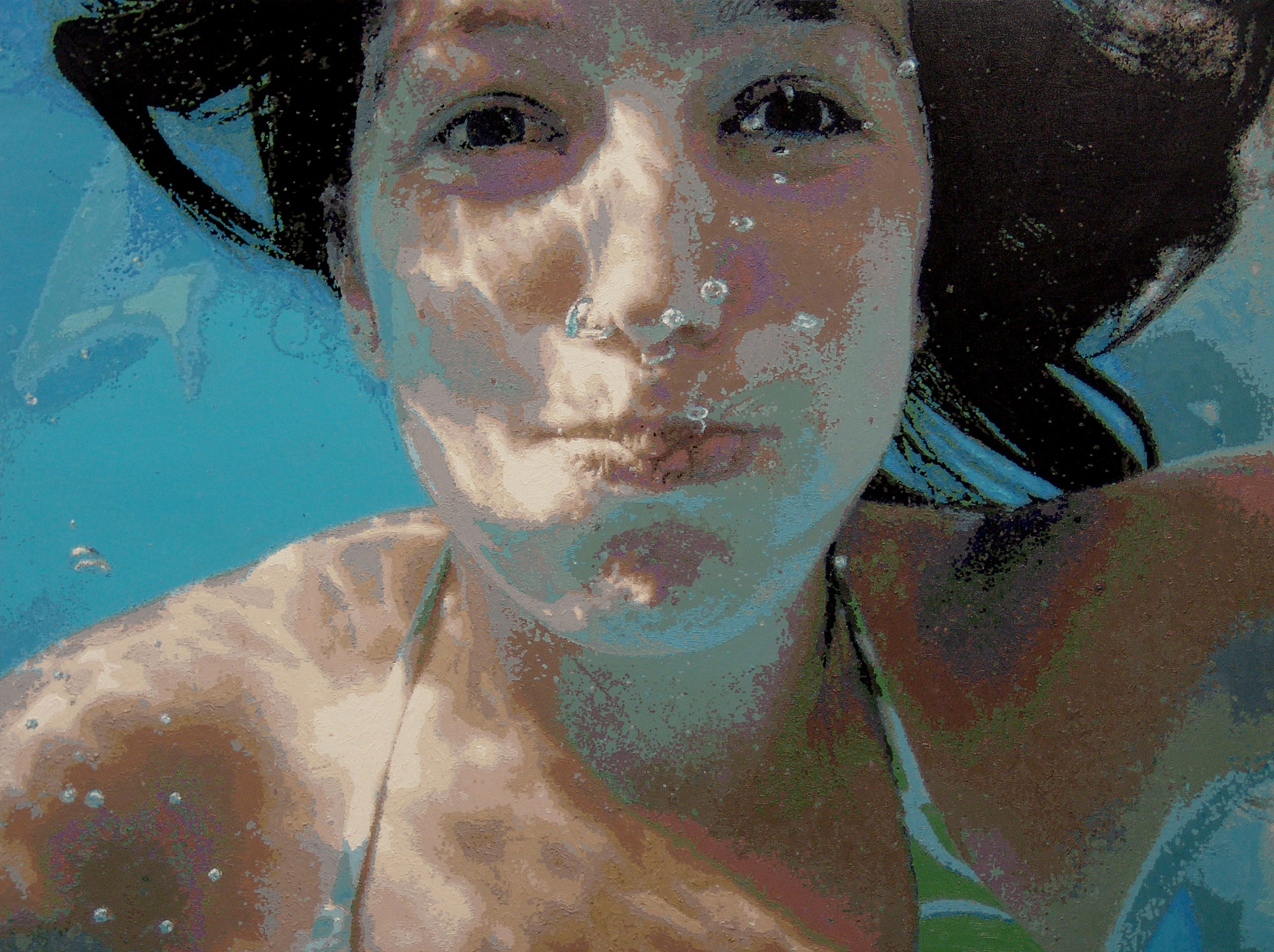 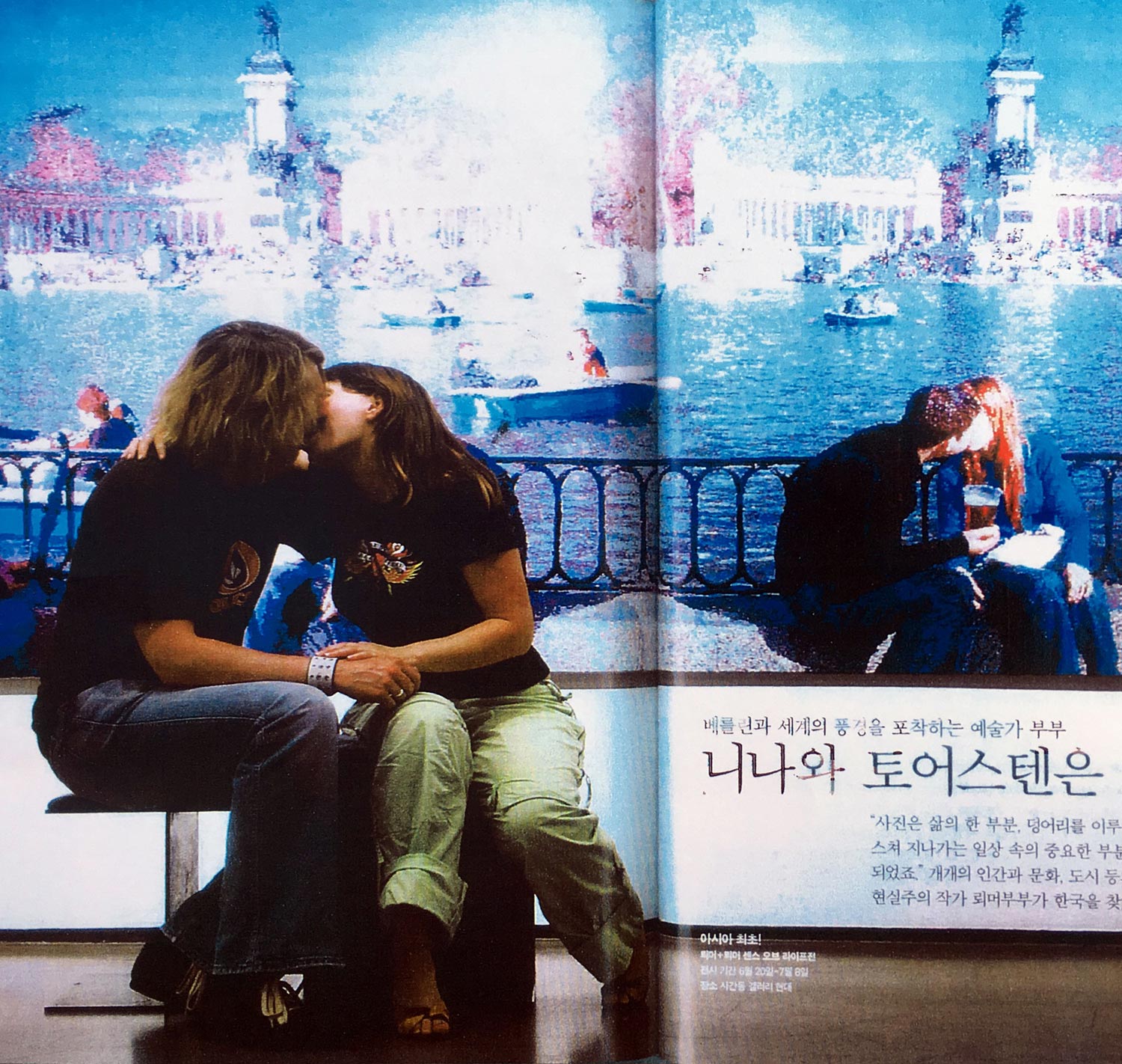 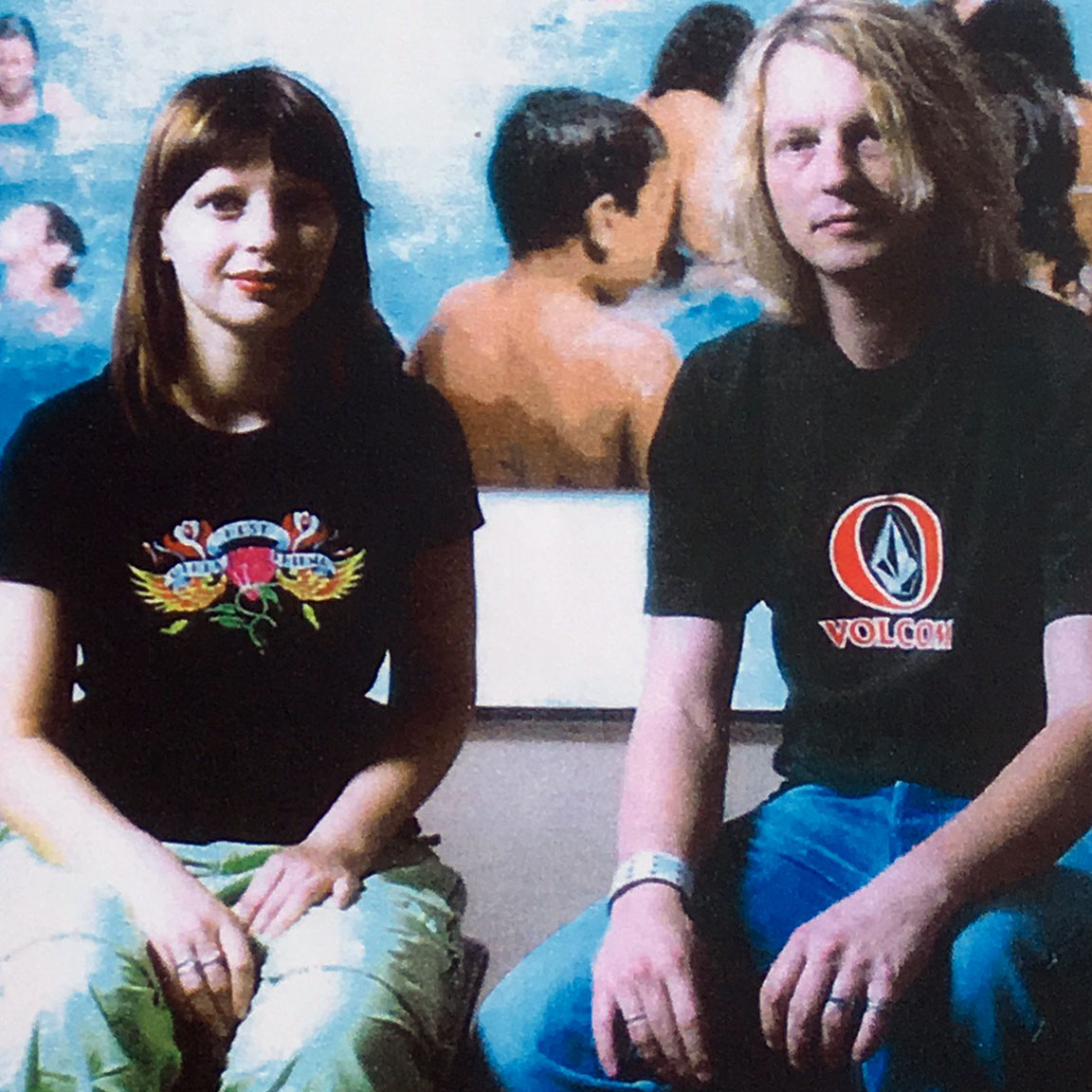 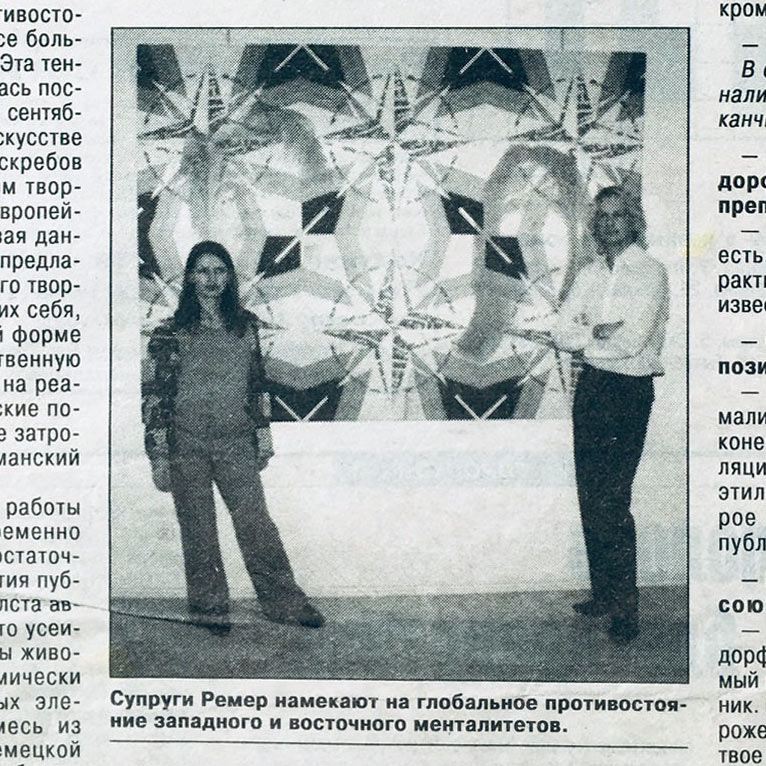 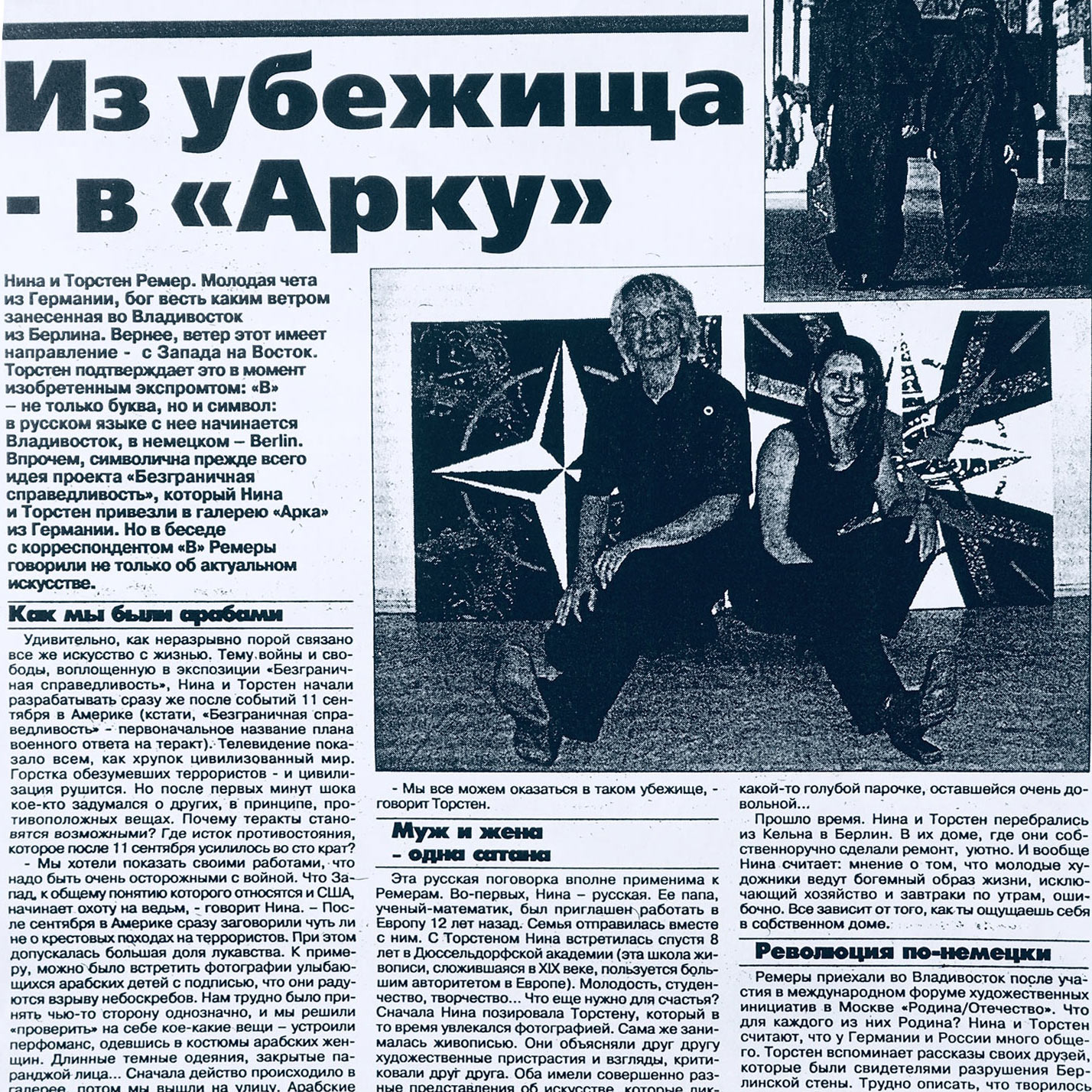 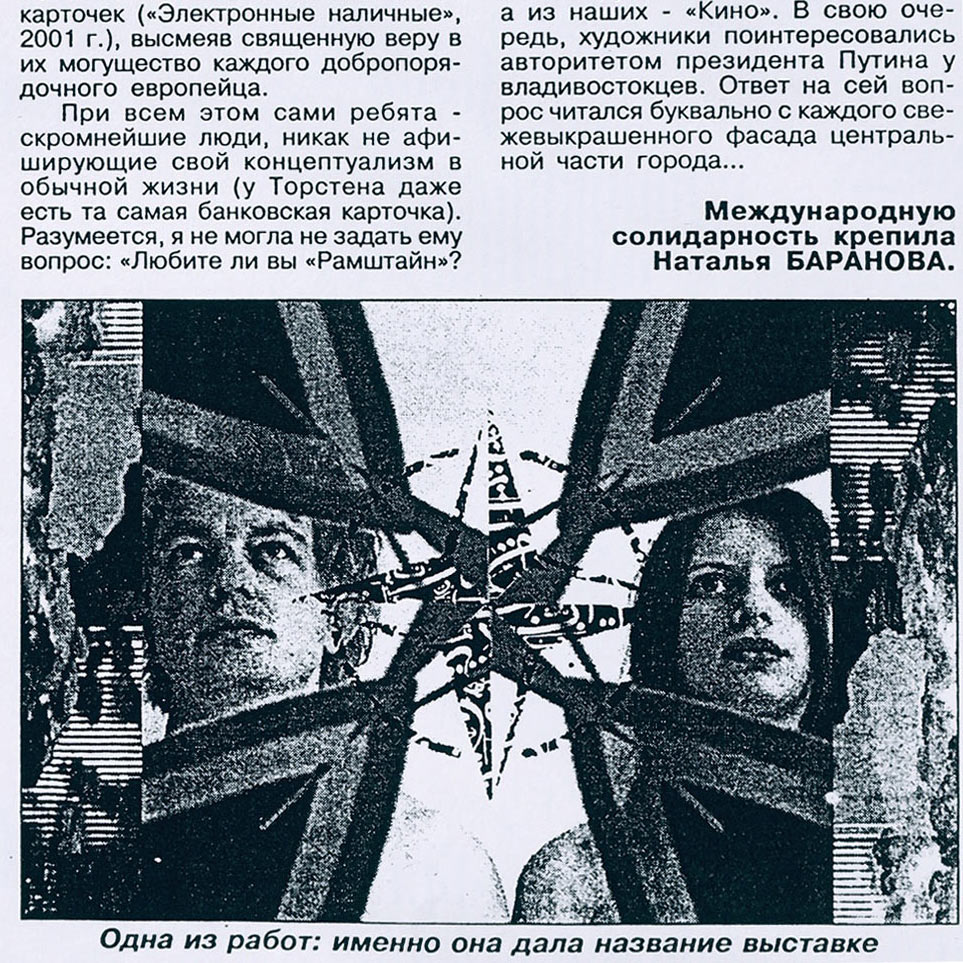 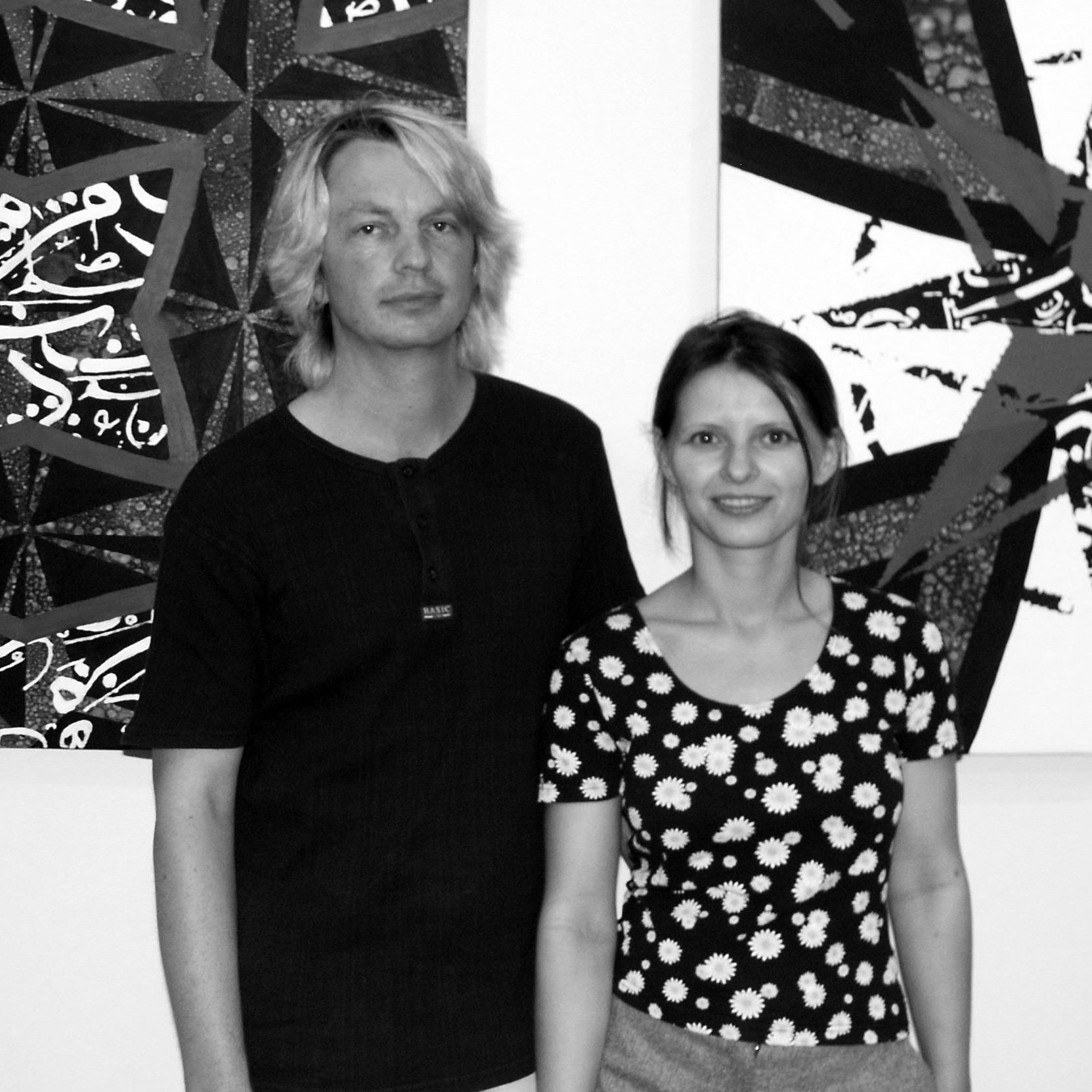 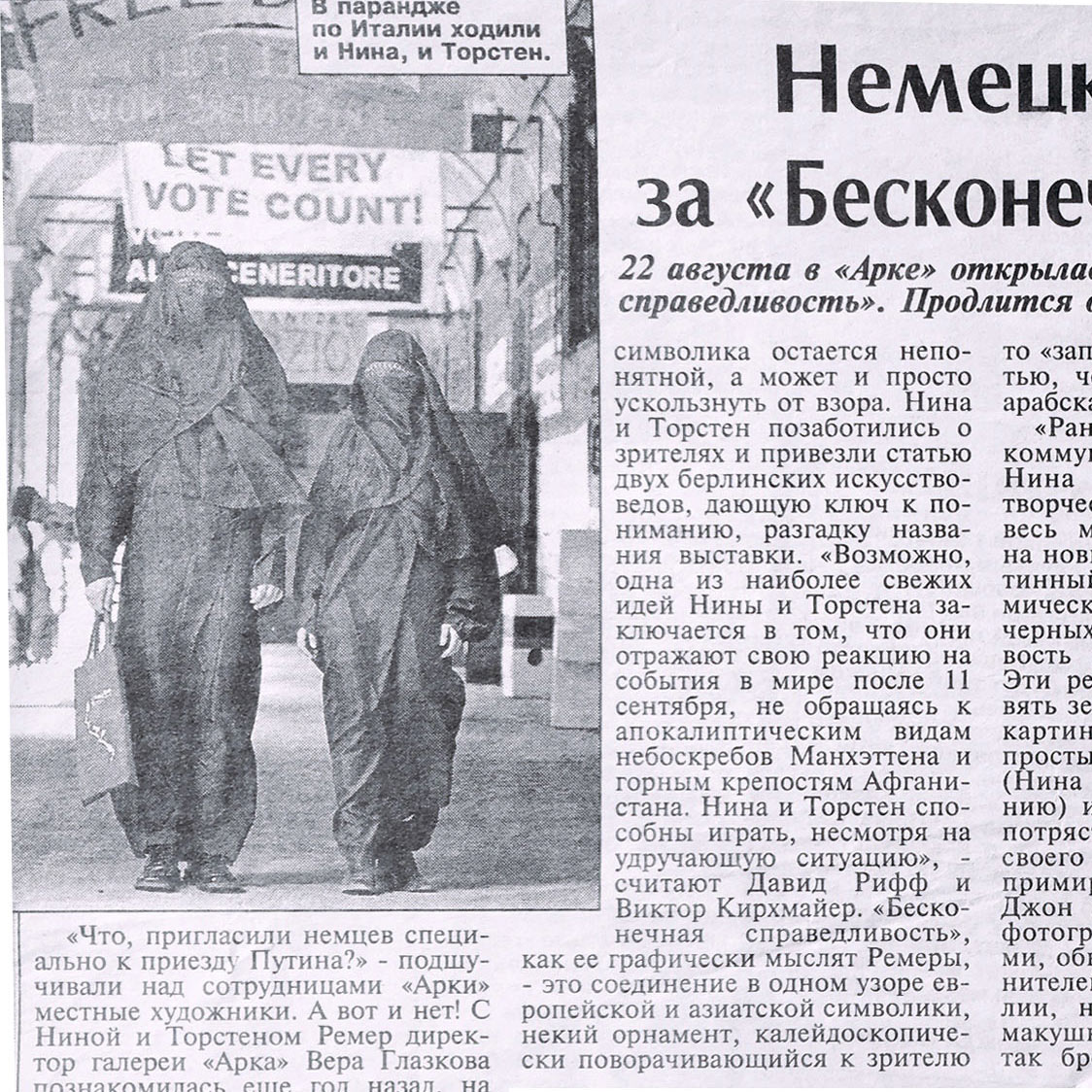