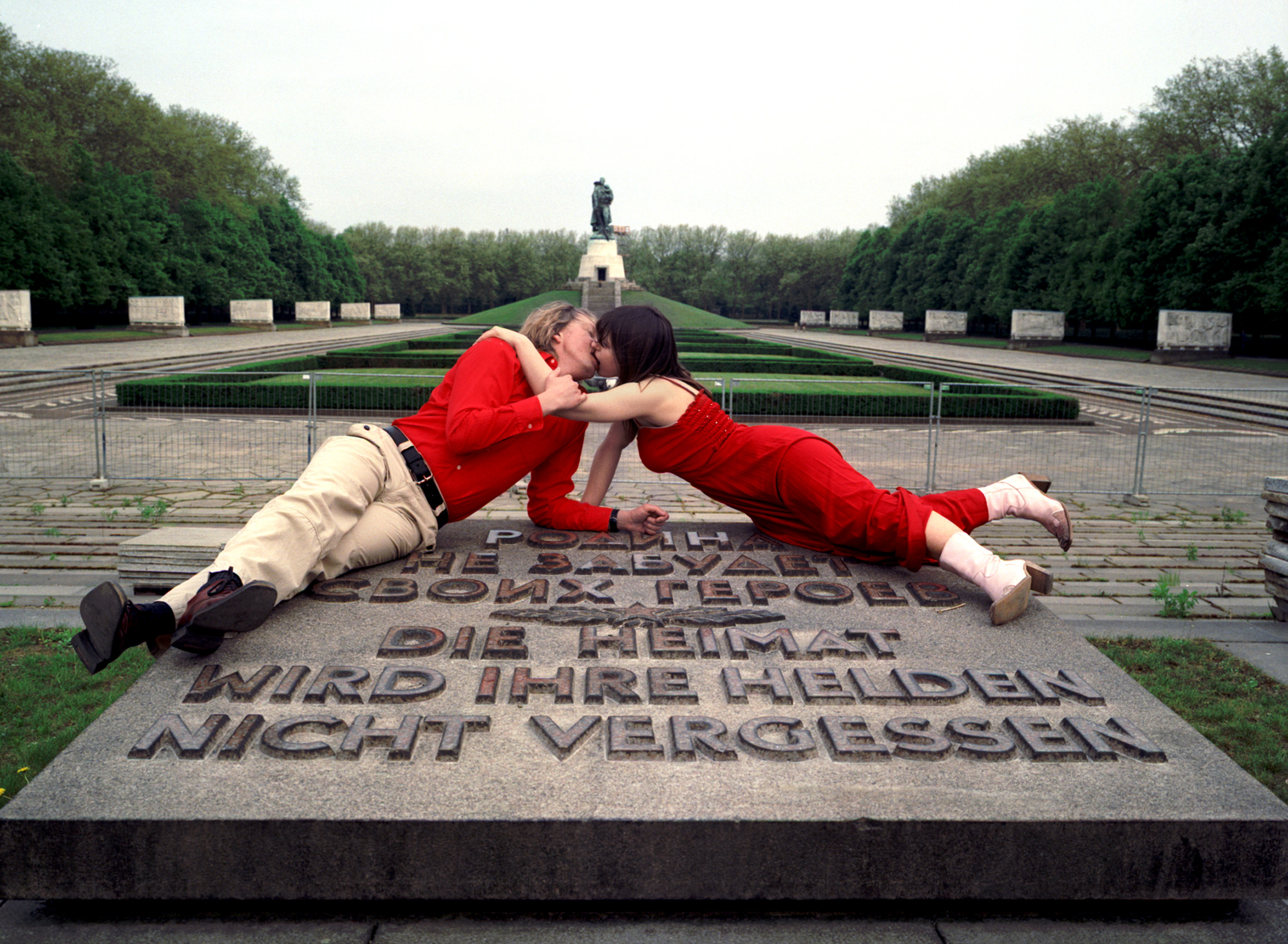 Nina and Torsten kissing in front of the Soviet Memorial in Treptower Park, photo – Annette Hornischer, 2003

In early 2003, the first year of the official German-Russian cultural dialogue initiated by Presidents Putin and Rau, the artist-couple Nina and Torsten Römer began their “German-Russian Make-Out Performance”. At first they presented themselves in red clothing, making out in different contexts: on the Turkish market or on the street in Berlin-Kreuzberg or in front of the Soviet war-memorial in Berlin-Treptow. The Roemers present their “interstate identity” ironically, becoming an exemplary German-Russian couple. Then, they began to search for German-Russian couples [both hetero- and homosexuals as well as singles were welcome]. The first Make-Out Performance took place October 2nd 2003 at 10 PM. The couples were evaluated according to different criteria by three-headed jury, led by Ekaterina Beliaeva, the “Empress of Russia Interior”. The first German-Russian Make-Out Performance celebrated the sensuality, the archaism and the acrobatics of the kiss quite freely. Its rules were fluid. During the second performance [Level C], these rules were modified.

On November 2nd at 10 PM, Nina and Torsten Römer hosted the 2nd German-Russian Make-Out Performance. The event was moderated by David Riff. The couples’ French kisses were evaluated by a jury of five. Each jury member was responsible for one of the following criteria: INVENTION, PASSION, AESTHETICS, TECHNIQUE, and ENDURANCE. These criteria were judged on a scale of 1 to 10. Through this modified Olympic principle, the political kiss became a measurable value. The couples made out in costumes by Susanne Prumm and were accompanied by different musical tracks. After each track, new activists were called to the stage. The victorious couple received a power drill.