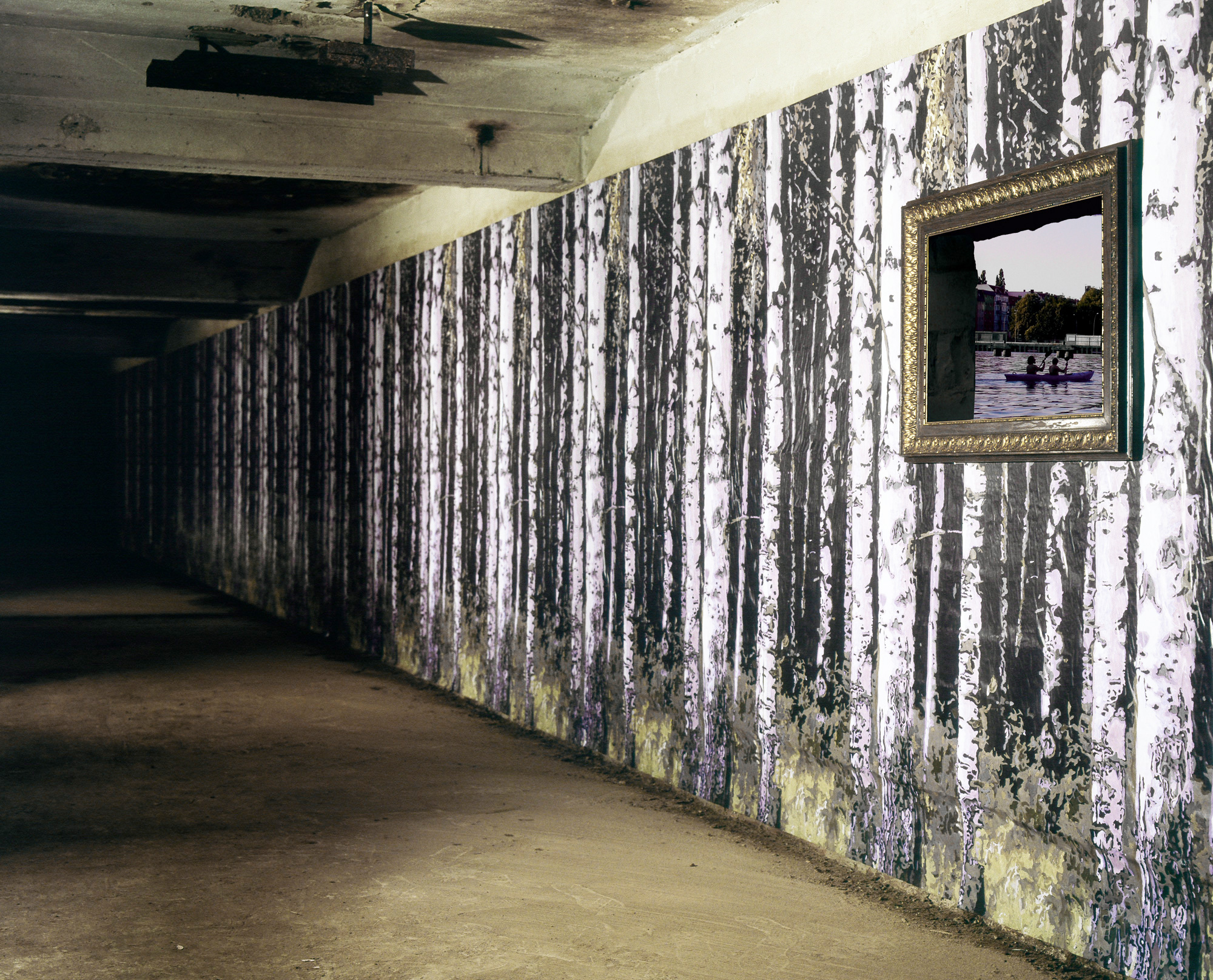 Birch forest, print of a painting on wallpaper, 1,80 m x 150 mRömer+Römer had planned a Land Art project that would have involved the construction of a dike adjacent to the bunker to redirect the river Spree eastward. 1000 Russian birch trees were to be planted in the drained riverbed. The full length of the bunker’s exterior wall was to be replaced by a continuous wall of glass providing a view of the idyllic grove of rapidly-growing birch trees. We had successfully completed all the procedures required to obtain approval from the authorities when soil samples revealed that the ground was too polluted for birch trees to grow on the site. An extensive river clean-up will be necessary first, and so the Land Art project has been postponed until next year. For the current exhibition, Römer+Römer are presenting a virtual preview of the project. A birch forest extends along the entire length of the 150-meter underground wall that once prevented East German citizens from escaping to the West. Through painting, a photograph taken 600 kilometers east of Moscow was transformed into wallpaper, thus taking on a new organic, three-dimensional quality. In one spot where the bunker becomes broader, the illuminated trees are reflected in gold, seem to multiply into infinity – and speak to us. Figures dressed in birch-patterned clothing mill about, and a tiny peephole reveals a glimpse of the world outside.